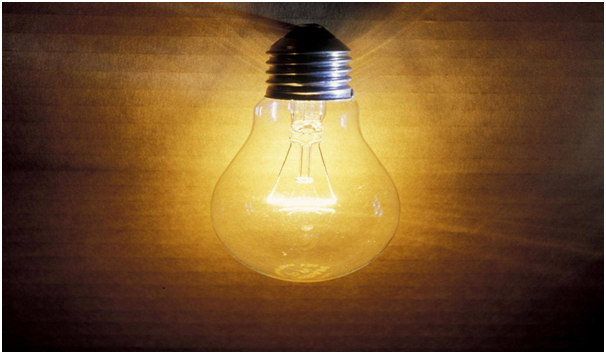 What would the world be like without light? Lighting is one of the biggest requirements of life, but it was hasn’t always like this and used to be quite luxurious. The story began about 400,000 years B.C when man first discovered he could start a fire. Regardless of whether the fire was started by accident or clever design, most human development has come from that discovery. It’s quite a journey from the first fire ever made to stunning crystal chandelier designs and ceiling roses that we see today. For a wide range of contemporary Ceiling Roses, visit https://www.creative-cables.co.uk/2648-ceiling-roses

The first lighting came in the form of branches tied together and lit using flammable liquids. The first primitive torch appeared around 70,000 BC and consisted of shells or rocks that contained animal fats and moss. Ancient Greece made torches of clay on a potter’s wheel, allowing the first mass production of the item. Candles first appeared in China around 200 BC made from the fat of whales and rice paper.

Torches and candles lit the way for mankind for thousands of years until electricity appeared on the scene. Oil lamps remained unchanged until the 18th century when a chemist from Switzerland made the ‘Argand lamp’ which greatly enhanced the existing designs of oil lamps. It was much lighter and much safer. Then in 1846, geologists distilled kerosene from coal and discovered that it burns with a brighter frame than oil. Many kerosene lamps were used from the time in Europe and the United States.

In the UK, and inventor William Murdoch distilled gas from coal gas and lit the house by using this method. From 1807, London gets its first gas lanterns, lit and extinguished by hand every morning and evening. Everything changed with the advent of electricity.

The first example of an incandescent lamp was made by Sir Humphry Davy who experimented with strips of platinum and battery. Many scientists and inventors were trying to fix this experiment and it was Sir Joseph Swann and Thomas Edison who successfully used a vacuum and carbon filaments. Electric lighting was born!

It took many years of trying and failing to create a durable first commercial light bulb. Attempts were made worldwide by scientists and inventors, including James Bowman Lindsay in 1835, John Wellington Starr in 1845 and Alexander Lyodigin in 1874. The first real success came from Thomas Edison in 1879 using a carbon filament, whose bulb lasted for 13 hours. After experimenting with different ingredients, he discovered that carbonized bamboo lasted for more than 1000 hours. In 1904, tungsten is used for the first time by scientists and found to shine brighter and last longer. 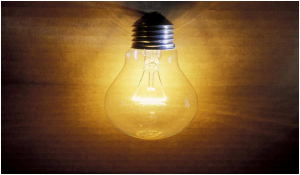 Today, the focus is on the LED light to illuminate the future. They have many benefits such as greater efficiency, longer-lasting, more effective and non-heat emitting. An LED bulb is said to have a life of around 25,000 hours or more, making them 25 times longer-lasting than traditional bulbs. The heat they emit is negligible, no energy is wasted which makes them very efficient. They are easy to maintain, highly resistant to rupture and compact in size making them the perfect choice for many lighting fixtures in our homes today.